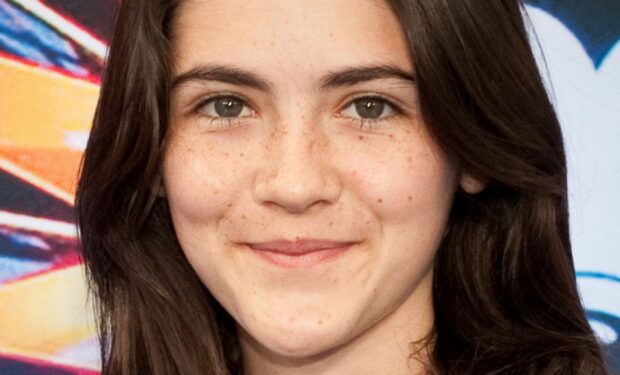 Isabelle Fuhrman is the 24-year-old actress who starred in the iconic 2009 horror film Orphan, as the disturbed 9-year-old Russian girl Esther. The $20 million budget movie produced by Leonardo DiCaprio was a big hit: it grossed $78 million worldwide. Now Isabelle is reprising her role of Ether (aka Leena Klammer) for the prequel, Esther: First Kill.

When not on a movie set, Isabelle enjoys the great outdoors and sometimes in a bikini as seen in the stunning photos above and below.

With the fun pic below, she quotes former Go-Gos singer Belinda Carlisle: “In this world we are just beginning- to understand the miracle of living. Baby, I was afraid before- but I’m not afraid anymore!”

She caption the bikini pic below: “Scream! Let the demons out and clear your heart for more love!“

Get ready to see more of Isabelle: she’s starring in another horror movie The Last Thing Mary Saw with Rory Culkin. Set for an August 2021 release.