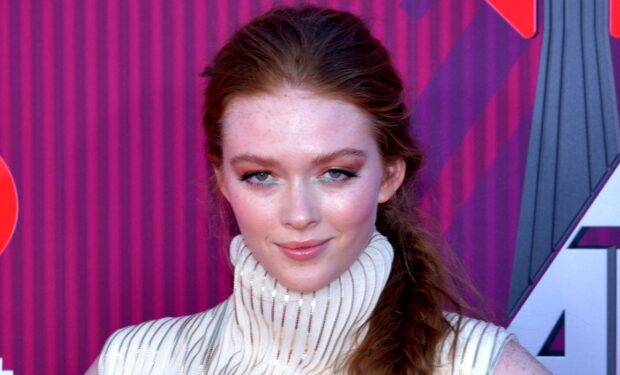 Larsen Thompson is known as a dancer – as seen in Sia’s 2016 music video “The Greatest”, P!nk’s “Beautiful Trauma”, Katy Perry’s “Chained to the Rhythm” and as a backup dancer with Janet Jackson and Christina Aguilera.

When not dancing, Larsen is acting as seen in the 2020 drama Pearl with Anthony LaPaglia and Sarah Carter. Or, she’s modeling as seen in the cute series below which she captioned: “red headed barbie.” More than one fan wrote “Love the look!” One made his voice heard by writing: “That outfit is freakin incredible.”

Get ready to see more of Larsen: she’s currently filming Netflix’s upcoming horror series The Midnight Club based on Christopher Pike’s YA novel series. It’s about a group of terminally ill teens who, while “waiting to die” at a hospice, start telling each other scary stories at midnight and make a pact to contact each other from beyond the grave.

P.S. Larsen is dating model/actor Gavin Casalegno (Austin on the CW series Walker), who’s her “hype man” in the dance video above.

Above: Larsen models for Chanel with Lily-Rose Depp.