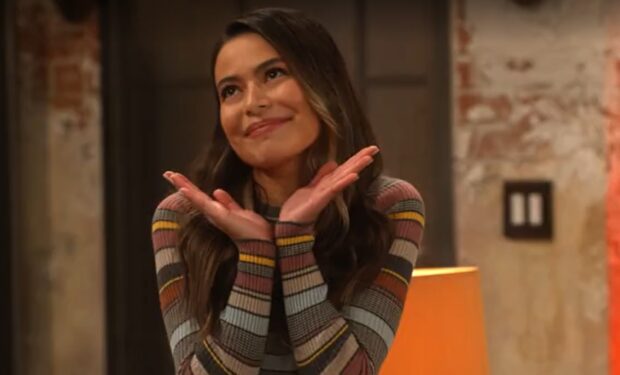 Miranda Cosgrove on the new iCarly (Paramount Plus)

Actress Miranda Cosgrove is best known for her role as Carly Shay in the long-running Disney series iCarly. The series ended in 2012 but it’s getting an adult reboot. Now 28, Miranda is reprising her role for the new iCarly series on Paramount Plus which premieres on Thursday, June 17. See trailer below.

Even when not on a TV or movie set, Miranda is often in front of a camera. When she posed in the bikini top above, with that puka shell choker necklace, her fans went wild for the summery look. More than one compared her to a “mermaid” princess. One wrote: “So Boho.”

Miranda is also landing movie roles as seen in the recently released North Hollywood, a coming-of-age story about a young man who defies his father’s dreams and pursues a career as a professional skateboarder.