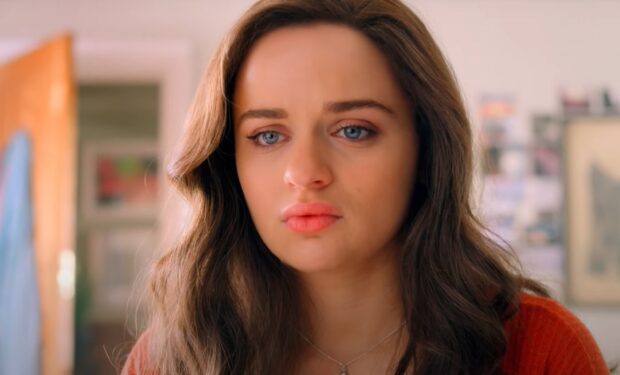 Actress Joey King is known for her roles in The Kissing Booth movie franchise (Elle Evans), the TV mini-series The Act (Gypsy Rose Blanchard), Slender Man (Wren), and Fargo (Greta Grimly), among others.

When not on a TV or movie set, the 21-year-old LA native sometimes models as seen in the photo above. She’s wearing a new pair of Versace frames — and her fans and famous friends love the look and of course, “that face!”

Get ready to see more of Joey: she will appear next in The Kissing Booth 3 (to be released on Netflix on August 11, 2021), and on the big screen with Brad Pitt and Sandra Bullock in the action thriller movie Bullet Train.

Joey looks great in the square Ray-Ban sunglasses above, too!