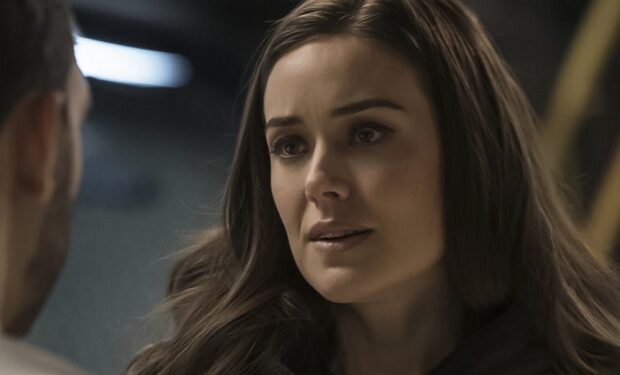 On the Season 8 finale of The Blacklist, “Konets,” Red Reddington (James Spader) makes a disturbing request to Liz (Megan Boone) in exchange for the truth about his identity. Note: the word “Konets” means “the end” in Russian, and NBC announced that while the series will return for Season 9 in the fall, it will continue without its female lead (Boone).

When Megan shared the intimate photos above and below from the Season 8 wrap party, more than one Blacklist fan noticed the absence of James Spader.

While Megan poses with co-stars Diego Klattenhoff (Donald Ressler), Amir Arison (Aram Mojtabai), and Harry Lennix (Harold Cooper), she does not that actor Hisham Tawfiq (Dembe Zuma), who was at the party earlier but alas they did not get to take a photo together.