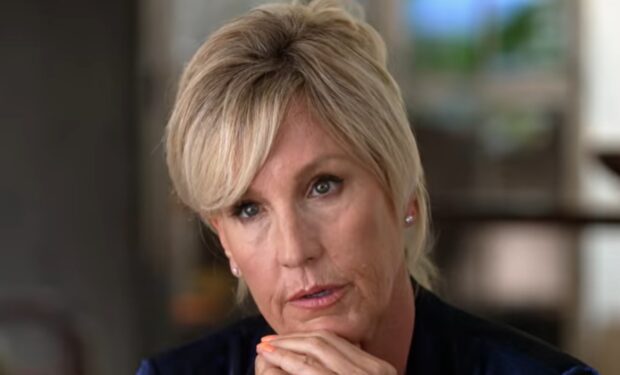 Erin Brockovich on the ABC 20/20 special "The Real Rebel"

Environmental activist Erin Brockovich was the subject of the 2000 Hollywood biographical legal drama film directed by Steven Soderbergh and starring Julia Roberts. The film received five Oscar nominations and Roberts won Best Actress for her role as Brockovich, when she was an unemployed single mom of three small children.

Erin and her daughter Elizabeth, who is now a 30-year-old mother of three, sit down with ABC’s 20/20 and reveal how their lives were impacted after the movie. See sneak peek video above. Erin Brockovich is also the inspiration behind the ABC drama Rebel starring Katey Sagal.

Before the 20/20 special, Erin revealed on Instagram that she cut her long blond locks for a short pixie cut (see above). Her fans love the new look and more than one commented on the “short and sassy” look that suits her.

Cameras follow Erin as she returns to the small rural town of Hickey, California, 25 years after her landmark water crisis case. See above.