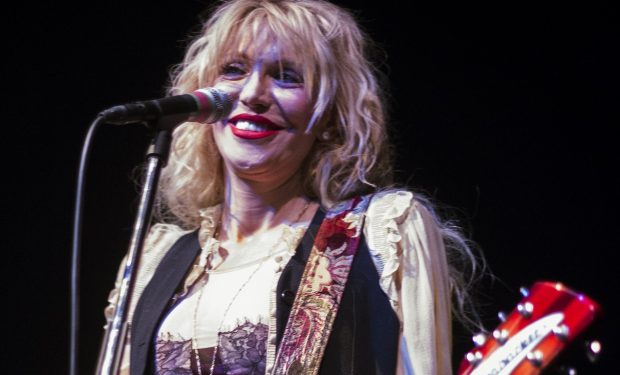 Courtney Love is known as the lead singer of the former alt rock band Hole and as the former wife of the late great Kurt Cobain, leader of the grunge band Nirvana. The 56-year-old iconic blonde is also known as an actress, for roles in films including Sid and Nancy, Man on the Moon, and The People vs. Larry Flynt, among others.

Over the years, Courtney has amassed a following on social media: she recently hit the 1 million mark on Instagram, where she recently shared the photo above. She captioned it: “I have a hospital stay next week so @kimkardashian sent me this big box of amazing skims.” Kim replied: “Beautiful!!!!”