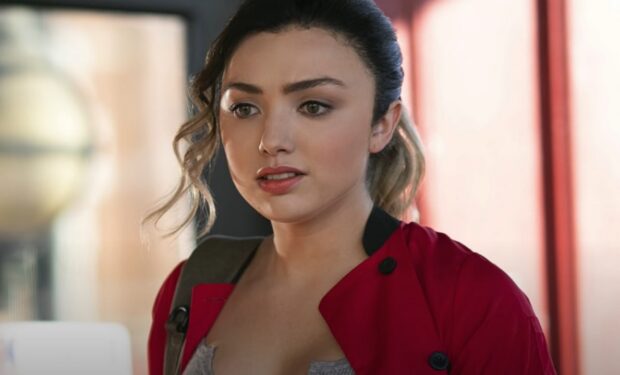 Actress Peyton List is known for her roles on the Disney TV series Jessie and Bunk’d (Emma Ross), Netflix’s Cobra Kai (Tory), and in films including Adam Sandler’s Hubie Halloween (Peggie), Diary of a Wimpy Kid: Dog Days (Holly), and 27 Dresses (Young Jane/Katherine Heigl), among others.

When not on a TV or movie set, the 23-year-old actress enjoys the great outdoors and sometimes in a gorgeous bikini as seen in the beige ruffle bikini photo above. More than one fan replied: “you’re glowing,” and one wrote: “hello sun kissed goddess.”

Get ready to see more of Peyton: she will return for Season 4 of Cobra Kai, which is scheduled for a July premiere.

Peyton will appear next on the big screen in the upcoming comedy film Shriver with Michael Shannon, Kate Hudson, and Don Johnson, among others.