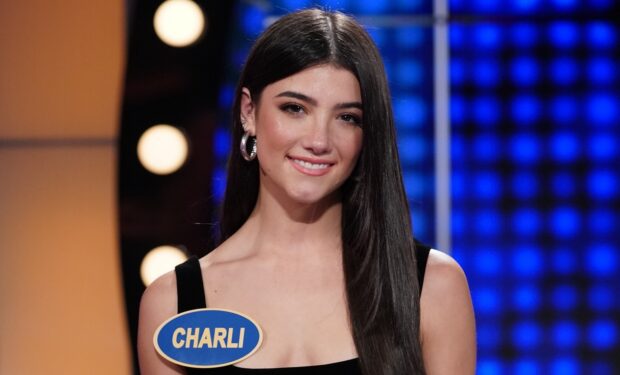 When Charli shared the photo series above from the Bahamas, she captioned it: “do a flip.” That’s former soccer player, TikTok star Noah Beck (Dixie’s boyfriend) giving Charli the powerful push she needs to accelerate like that. And yes, that’s Charli’s ex-boyfriend Chase Hudson aka Lil Huddy in the water with them. Watch Charli dance in Lil Huddy’s “America’s Sweetheart” music video below.