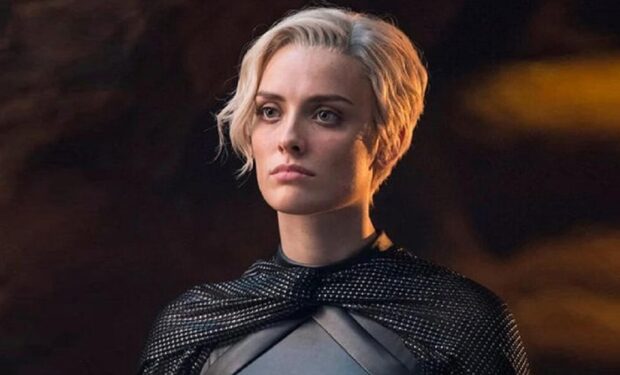 The first season of CW’s Batwoman starred American actress Ruby Rose as Kate Kane. Season 2 introduced a new “altered” Kate (aka Circe Sionis) who is portrayed by British actress Wallis Day. Americans will recognize Wallis from her role as Violet Lookalike on the series The Royals with Elizabeth Hurley.

When not filming or promoting her new superhero role, Wallis enjoys the outdoors and often in a bikini as seen in the gorgeous photos above and below. She titled the series above, “morning dip.” As one fan replied: “Mega Babe, consistently Gorgeous as usual!!!” Another wrote: “you are dipping with hotness.”

Get ready to see more of Wallis: she will appear next on the big screen with Mark Wahlberg in the upcoming action film Infinite.