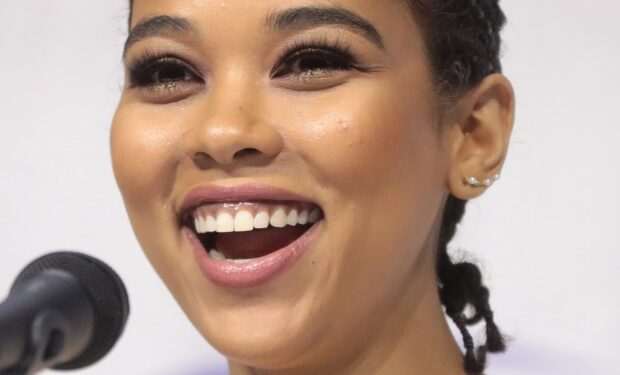 Actress Alexandra Shipp is best known for her roles as Ororo Munroe aka Storm in the X-Men movie franchise, as Aaliyah in the Lifetime TV movie Aaliyah: The Princess of R&B, and Kimberly Woodruff in Straight Outta Compton.

When not on a movie set, the 29-year-old Hollywood star and singer enjoys spending time with her dogs… or getting a tattoo of them on her upper thigh as seen below.