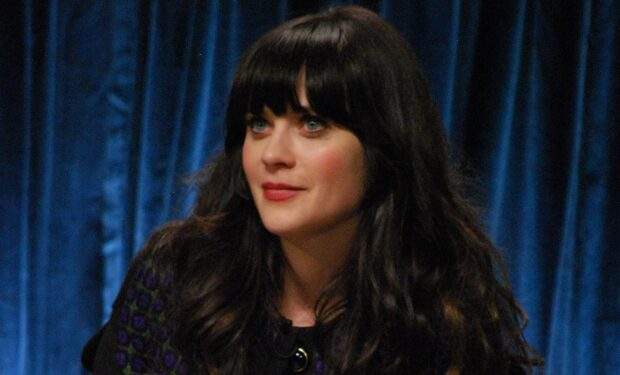 Actress/singer/musician Zooey Deschanel (New Girl, Elf) has been spending a lot of time around the house like the rest of the world, but not everyone has the designer wardrobe that the 41-year-old Hollywood star has. When she posted the photos below, she wrote: “Haven’t been able to wear this dress outside of my house yet so if you see me wearing this in the supermarket, move right along.”

The decadent rainbow lamé dress is by retrofete and its called the Andrea Maxi Dress. It’s described by the designer as a “playful one shoulder silhouette” with “a diagonal cutout on the front and a matching wide belt that draws in the waist. A thigh-high slit adds a seductive touch.”