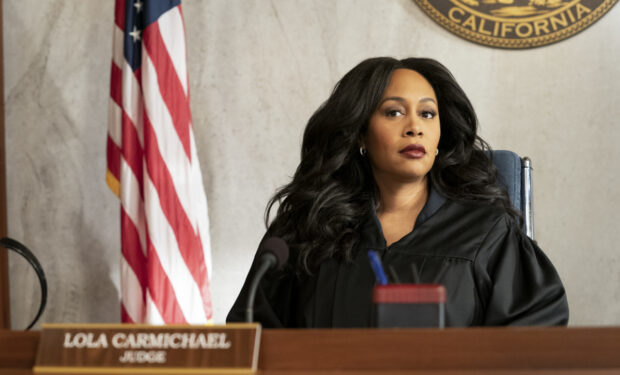 In the All Rise episode “Caught Up in Circles,” Lola (Simone Missick) finds herself in an awkward position at work. Her idol, former judge Prudence Jenkins has been accused of bribery and has decided to represent herself in a bench trial.

Charlayne is also known for her roles on stage: she won a Tony Award in for her debut in the original production of the musical Ain’t Misbehavin’ in 1978. See photo above: and yes, that’s the late great Nell Carter in the middle.

All Rise airs Mondays at 9 pm on CBS, right before the other courtroom drama Bull starring Michael Weatherly at 10 pm.