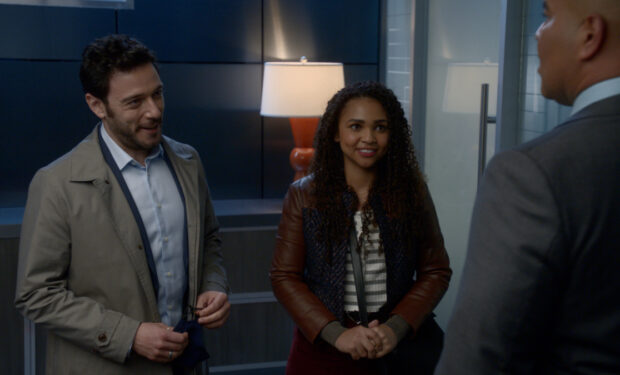 On the Bull episode “Under the Influence,” Chunk (Christopher Jackson) asks Bull (Michael Weatherly) for a big favor. Chuck’s daughter Anna wants Bull to represent a teenager who’s on trial for robbery. The favor becomes more complicated when the defendant refuses to name his accomplice.

And on top of that, Chunk is suspicious of Anna’s older boyfriend, writer Brooks Boseman, who’s playing for the teen client’s legal fess!

Anna is portrayed by Jazzy Kae. The 22-year-old actress is also known for her role as Kim Sanders on the Nickelodeon series WITS Academy.

Bull airs Mondays at 10 pm on CBS, right after the courtroom drama All Rise at 9 pm.