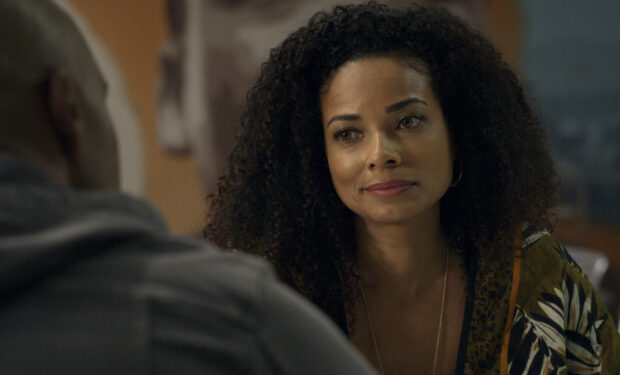 On the S.W.A.T. episode “Local Heroes,” while the team tries to track down a crew of bank robbers who consider themselves a band of modern-day Robin Hoods, funneling stolen cash back into their struggling neighborhood, Hondo (Shemar Moore) reunites with community center director Nichelle (Rochelle Aytes).

When not on a TV or movie set, Rochelle spends time with friends and sometimes in a cute bikini as seen in the gorgeous photos above.

And when she’s not at the beach, she’s “working on my short spine” with a Pilates trainer (see impressive video above). She says Pilates has really helped with her previous back injury.