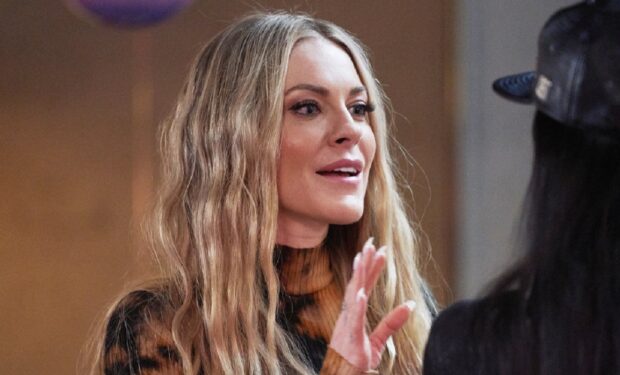 On The Real Housewives of New York City episode ‘Back In The Big Apple,’ while Ramona Singer visits Luann de Lesseps‘s new apartment, and learns she has a surprising new neighbor, Leah McSweeney works on her conversion to Judaism.

A few days before the season premiere, Leah posted the photo above and her fans are going wild for her long red hair and the “superhero” look. She’s wearing the WOLFORD x Adidas Sheer Motion Bodysuit.

One fan wrote: “You look like the hot babe in a video game.” Another wrote: “Marvel girl.” And other: “Ah, so you’re fighting crime now?” Okay, one more: “Go Power Ranger!”

When she shared the super glam photo above for her second season of RHONYC, one fan thought she looked like Lindsay Lohan, and said she was sending Jessica Rabbit vibes.

The Real Housewives of New York City airs Tuesdays at 9 pm on Bravo.