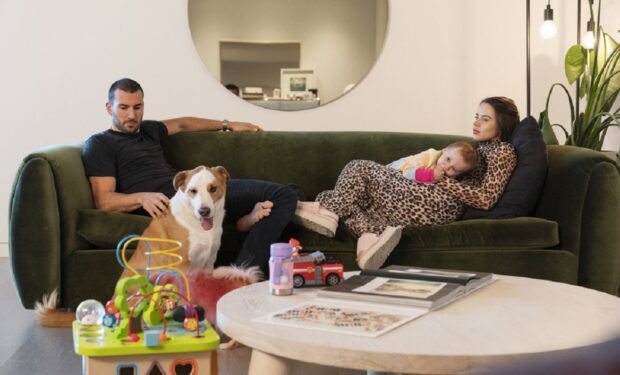 On Million Dollar Listing New York, power broker Steve Gold is known for his laid-back attire. But before the Season 9 premiere, “New Girl on the Block,” where first female broker Kirsten Jordan joins the show, Steve has been photographed in a Tom Ford tuxedo, more than once.

In the photos above, the dapper new dad holds his 9-month-old daughter who’s wearing a pink pair of Mary Janes from Christian Louboutin’s first collection of baby shoes. And yes, those little baby booties come with the iconic red leather sole. Some of the limited edition Mary Janes, which originally retailed for $250, are now fetching $600 to $750 online.