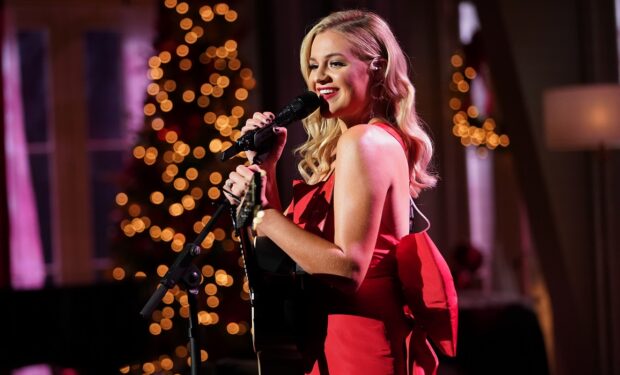 Country music star Kelsea Ballerini is promoting her song Half of My Hometown featuring Kenny Chesney, which she filmed in her real hometown of Knoxville, Tennessee. She’s been sharing photos from the various locations — including her high school football field — used for the music video.

When Kelsea shared the sneak peek video above, one fan wrote: “you’re really gonna come for us aren’t you omg I already feel attacked by feels“, to which Kelsea replied: “I cried all three days of shooting y’all it’s fine im fine.”

Oscar winner Reese Witherspoon like the photo above and commented: “Look at her!” with a red heart emoji.

Kelsea and Kenny performed the duet at the 56th ACM Awards show in April — watch video above.