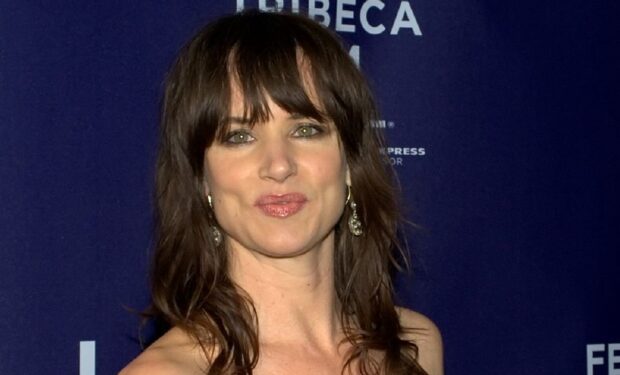 When not filming Yellowjackets, Juliette is keeping her fans happy with photos like the one above which she captioned: “Gettin super fit for my new project YELLOWJACKETS ! Might come out with my own exercise vid.” When Oscar winner Gwyneth Paltrow (Shakespeare in Love) saw it, she replied: “Pls do” with a red heart emoji.

Both images above of Juliette Lewis are credited to “diabolical parody artist” Ronald McDonkey.