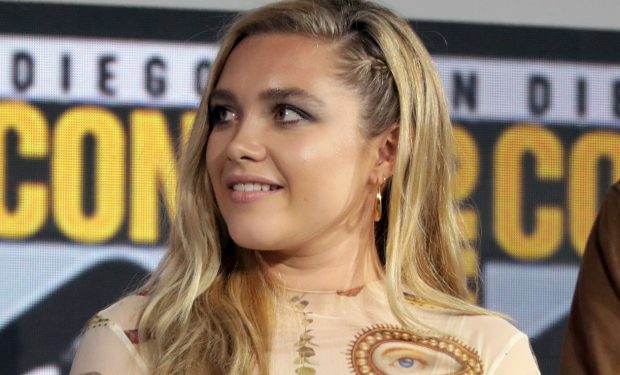 Florence Pugh is the Oscar nominated 25-year-old old British actress (Little Women) who is known for playing Shakespearian roles including the leading role in the 2016 indie film Lady Macbeth (Katherine Lester) and in the 2018 TV movie King Lear as Cordelia.

So it wouldn’t be a stretch for Florence to quote Shakespeare, as she did when she shared the photos above — of her diving into a swimming pool in a red bikini.

However, the quote she posted and attributed to the Bard of Avon — “The reflection was as shiny as a a big pot of Sainsbury’s blue jelly” — is not from a famous play. Sainsbury’s is a grocery store in England, where one can buy jelly.