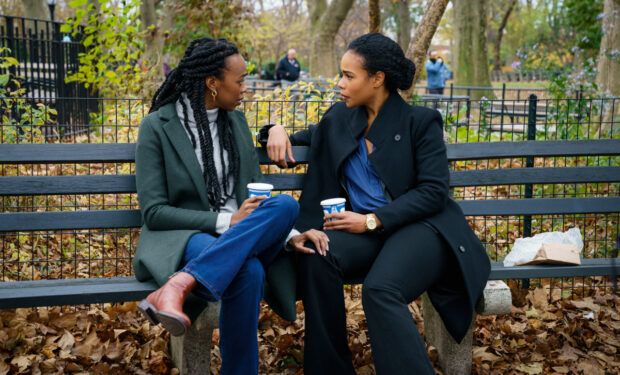 On the FBI Most Wanted episode “Criminal Justice”, while the team struggles to carry out justice after a young man accidentally shoots a cop in self-defense and goes on the run, Barnes (Roxy Sternberg) and her wife Charlotte (Fedna Jacquet) struggle with their plans to have another child.

Get ready to see more of Fedna: she’s playing Dr. Callie Mack in the new Showtime series City on a Hill with Kevin Bacon, who plays a corrupt FBI agent in 1990s Boston.

And when not on a TV set, Fedna enjoys the great outdoors as seen in the gorgeous white strapless bikini video above which she captioned: “Surprise trip to the Hamptons! This is me thinking I love the water…and then realizing I can’t swim.” One fan replied: “YAS summer whites!”

FBI Most Wanted airs Tuesdays at 10 pm on CBS, right after FBI at 9 pm and NCIS at 8 pm.