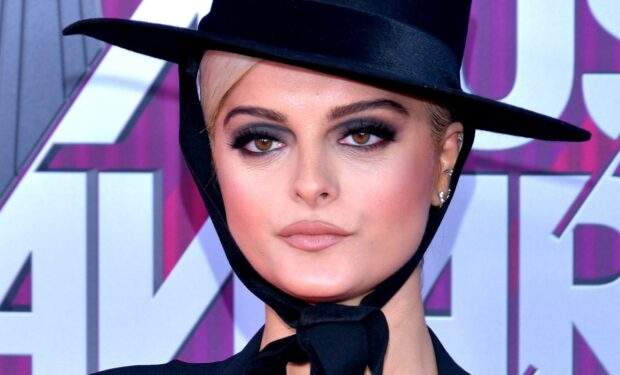 Singer Bebe Rexha loves her custom-made black catsuit so much she shared the video below of her modeling it. (It was made by Garo Sparo for her performance at Wrestlemania — she sang the national anthem.)

When French DJ David Guetta saw it, he wrote: “0.7 to 1 ratio waste to hips is the perfect number and that’s what I’m seeing here!” with a series of fire emojis.

Some of Bebe’s fans objected to Guetta’s comment. One replied: “that’s the weirdest fucking thing to say, you can still delete this 🙃.” Another replied: “you’re weird for this😒 like let’s see your ratios 🤣🤣 we know Bebe’s hot with or without those measurements.”

Another fan stayed on point and replied to the photo below: “You are a stunner — a Marilyn Monroe.“