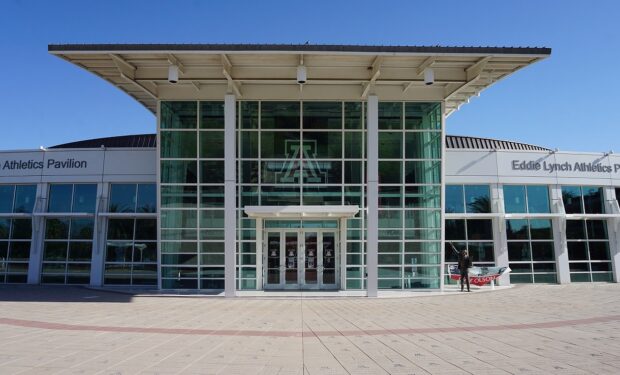 The top four prospects of the 2021 WNBA Draft are Charlie Collier, Awak Kuier, Rennia Davis, and Aari McDonald. Aari is the 5’6″ basketball player who played guard with the University of Arizona Wildcats. where she holds the single-season scoring record (890). Arizona made it to the NCAA Finals this year and lost by one point to Stanford.

On a more personal note, the 2021 Pac-12 Player of the Year is recently engaged. Her boyfriend Devon Brewer proposed at one of Aari’s games (see photos below).

Devon Brewer is a 5’10” football player who played the position of safety at the University of Arizona (in 2015 as a true freshman). According to the Arizona athletics website, Devon majored in literacy, learning and leadership with a thematic minor. Both Aari and Devon are from Fresno, California. On Instagram, Devon’s profile reads: “The Marathon 559.”

The WNBA Draft will broadcast live on Thursday, April 15 at 7 pm on ESPN.