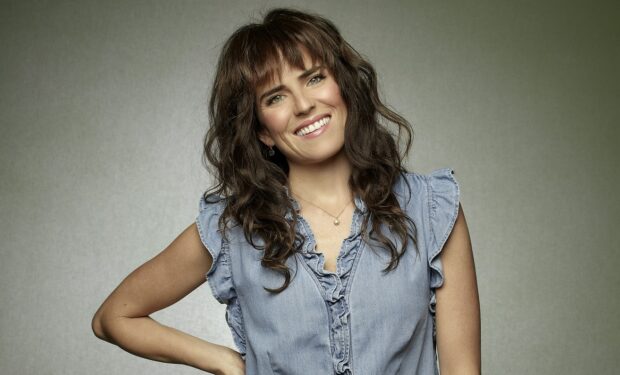 The main protagonist of the new ABC sitcom Home Economics is Tom (Topher Grace, That ’70s Show). On the pilot, his wife Marina (Karla Souza) encourages Tom to ask his super rich baby brother Connor (Jimmy Tatro) for money. She does so by telling Tom to envision Connor as a cartoon duck swimming in a pool of gold coins.

Actress Karla Souza, who has more Instagram followers than all the other stars combined (4 Million!), is best known for her role as Laurel Castillo on the hit crime drama How to Get Away with Murder with Viola Davis.

The Mexican-born actress knows how to keep her audience happy by posting gorgeous glamorous photos as seen above and below.

Home Economics premieres on ABC on Wednesday, April 7 at 8:30 pm, right after The Goldbergs at 8 pm.