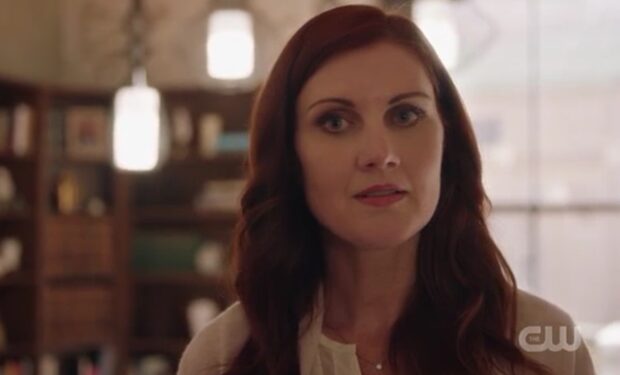 On Season 7 of The Flash, in the episode ‘The One with the Nineties,’ while Cisco and Chester travel back in time and get stuck in 1998, repeating the same day over and over again, Iris forges a connection with the speed force.

The speed force is portrayed by actress Michelle Harrison, who has also portrayed Barry’s mother Nora Allen, Speed Force as Nora, and Dr. Joan Williams on The Flash.

Michelle is also known for her roles in films including Paycheck with Ben Affleck and Love Happens with Jennifer Aniston, among others.

The Flash airs Tuesdays at 8 pm on CW.