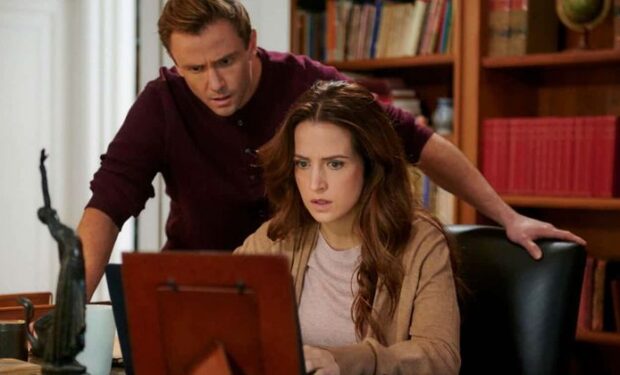 My Father's Other Family (LMN)

The protagonist of the Lifetime movie My Father’s Other Family is Shelby (Kimberly-Sue Murray, Shadowhunters). While creating a family tree with the help of DNA, Shelby discovers that her deceased father lived a double life. During her investigation, she meets Rose (Hannah Anderson), the half-sister she never knew she had, and learns about her father’s inheritance which has Rose willing to do anything to claim what she thinks she deserves.

When not on a TV or movie set, actress Hannah Anderson (who’s best known for her role as Jenna on The Purge and as Elaine Gray in the film X-Men: Dark Phoenix) often models and sometimes in lacy lingerie as seen in the stunning photos above and below. She captioned the photo above: “Flexing” and referred to the white set below as “TO DIE FOR.”

My Father’s Other Family premieres on Lifetime Movie Network (LMN) on Sunday, April 18 at 8 pm.