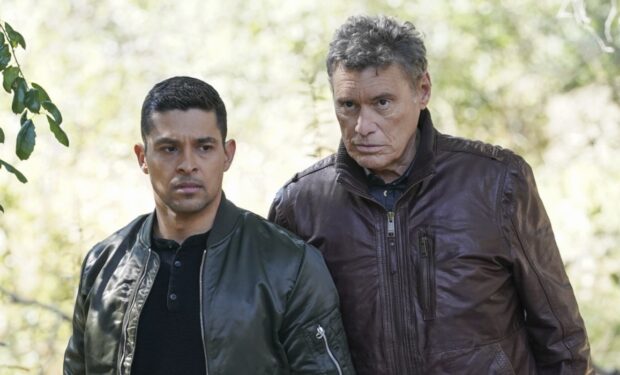 On the NCIS episode ‘Sangre’ (translated “Blood”), evidence from the stabbing of a Marine Sergeant leads NCIS Special Agent Nick Torres (Wilmer Valderrama) to meet his father, Miguel (Steven Bauer), who left when he was a child. Miguel Torres is portrayed by Cuban-born actor Steven Bauer.

Bauer is best known for his tough guy roles in Scarface (Manny Ribera), Breaking Bad and its spin-off Better Call Saul (Eladio Vuente), and on Ray Donovan (Avi), among many others. On a personal note, Bauer has been married four times: his first wife was actress Melanie Griffith (1981-1989).

Note: Griffith married four times: twice to actor Don Johnson. She married Bauer in between her first and second marriages to Johnson. (Her fourth marriage was to actor Antonio Banderas, which ended in 2015.)

NCIS airs Tuesdays at 8 pm on CBS, right before FBI at 9 pm, and FBI Most Wanted at 10 pm.