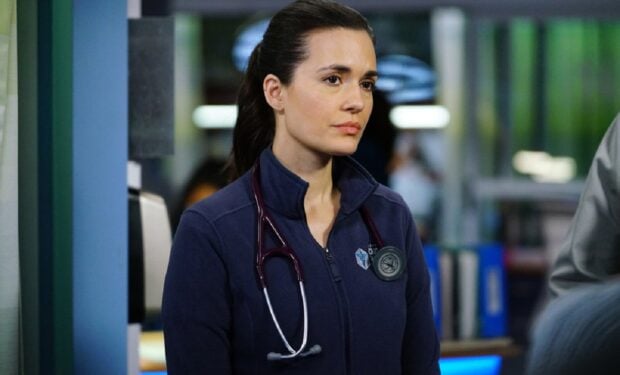 In the Chicago Med episode ‘Some Things Are Worth the Risk,’ while Dean (Steven Weber) and Ethan (Brian Tee) respond to a scene that brings back some bad memories, Natalie (Torrey DeVitto) grows increasingly worried about her mother Carol who’s heart condition worsens.

Natalie tells her ex Will (Nick Gehlfuss) that the LVAD’s [left ventricular assist device] is “not helping as much as we’d hoped.” She asks him if he could get her mother into his trial meds. Her chances of getting in are slim.

Natalie’s mother Carol Conte is portrayed Margaret Colin. She’s best known for her roles in films including Three Men and a Baby (Rebecca), Independence Day (Constance Spano), and Unfaithful (Sally), among many others. She’s also recognized for her TV roles on Gossip Girl (Eleanor Waldorf), and the soap opera The Edge of Night (Paige), again, among many others.