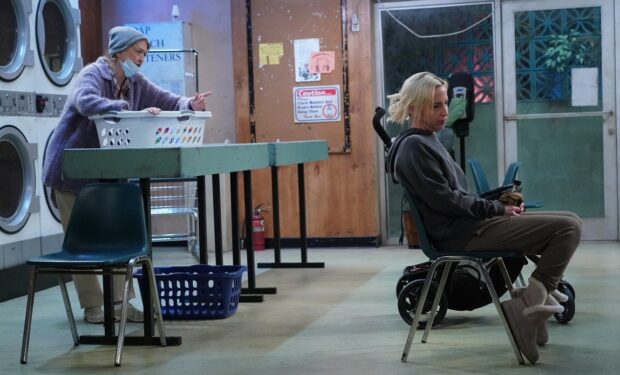 On The Conners episode ‘An Old Dog, New Tricks and a Ticket to Ride,’ Becky (Lecy Goranson) is working double shifts and taking classes at the community college, which doesn’t leave much time for her daughter, Beverly Rose. While waiting for her clothes at a laundromat, Becky is approached by a woman named Hannah who is portrayed by Nancy Linehan Charles.

Nancy is known for her roles on Young Sheldon (Peg), and in movies including Charlie Wilson’s War, Minority Report, The Stepfather, and Bram Stoker’s Dracula (1992), among others.

The Conners airs Wednesdays at 9 pm on ABC, right after the new family sitcom Home Economics at 8:30 pm.