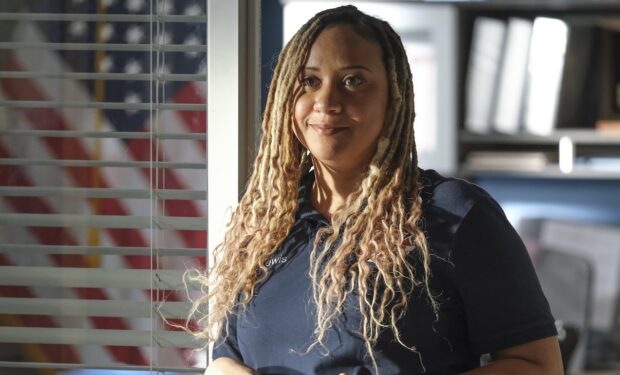 On the Station 19 episode “Get Up, Stand Up”, in the wake of national outcry after the tragic murder of an unarmed Black man, Captain Maya Bishop (Danielle Savre) brings in Dr. Diane Lewis to grief counsel the team. Diane is portrayed by Tracie Thoms, who currently plays Hen’s wife Karen on the other emergency response show 9-1-1 on FOX.

Tracie is also known for her roles on UnREAL (Fiona Berlin) and Cold Case (Kat Miller), and in films including Rent (Joanne) and The Devil Wears Prada (Lily), among others.

Station 19 airs Thursdays at 8 pm on ABC, right before Grey’s Anatomy at 9 pm.