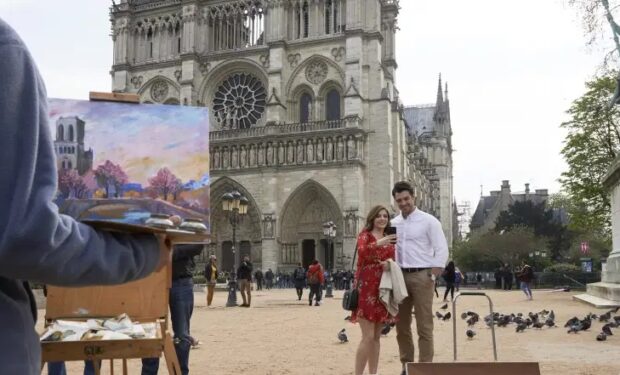 The protagonist of the Hallmark Channel movie Paris, Wine & Romance (originally titled A Paris Romance) is Isabella Ricci (Jen Lilley). When her uncle enters the family’s Oregon winery in a prestigious wine competition in Paris, France, Isabella goes and represents the American winery. While in Paris, she meets and falls for famous winemaker Jacques (Dan Jeannotte), who won the competition last year.

The character of Jacques’ mother Margot is portrayed by Lolita Davidovich. The gorgeous Canadian-born redhead is known for her roles on How to Get Away with Murder (French speaking Sandrine Castillo), Law & Order True Crime (Kitty Menendez), and in films including Gods and Monsters (Betty), Raising Cain (Jenny), and Blaze (Blaze Starr), among others.