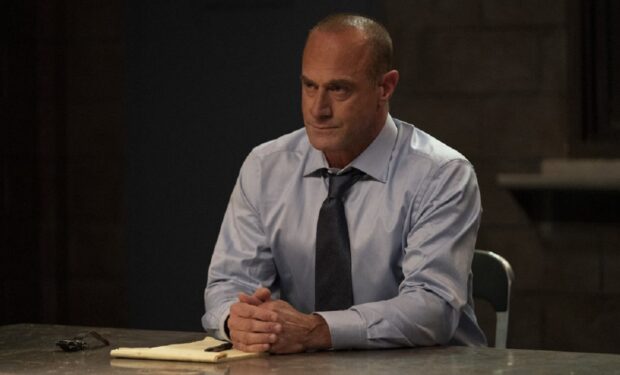 In the Law & Order: Special Victims Unit episode ‘Return of the Prodigal Son,’ the squad rallies around Det. Elliot Stabler (Christopher Meloni) to find the suspect behind a threat to his family, including his wife Kathy Stabler.

The last time Elliot and Kathy appeared on the series was on the 2011 episode ‘Delinquent’, when Elliot was falsely accused of sexual assault by a teenage boy (Sterling Beaumon). Rita Wilson played the boy’s mother.

Dun dun! The Stablers and the work wife haha. Can’t wait to see you back on screen!!! pic.twitter.com/D63xGviFS5

Kathy Stabler is portrayed by Isabel Gillies. She’s also known for her roles in films including One Way Out with Kevin Costner (Betsy), I Shot Andy Warhol (Alison), and Metropolitan (Cynthia McLean), among others.

When not in front of a camera, Isabel writes. Check out her New York Times bestseller Cozy: The Art of Arranging Yourself in the World.