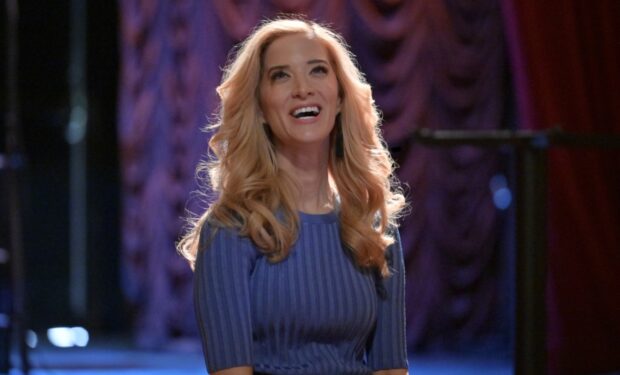 On the Blue Bloods episode “Fallen Heroes,” while Jamie (Will Estes) faces official reprimand from Frank (Tom Selleck) when he refuses to explain why he contests the arrest report of a fellow officer assaulted in the field, Danny (Donnie Wahlberg) and Baez (Marisa Ramirez) clash when their lead suspect for the murder of a legendary comedy club owner is one of Danny’s favorite standup comedians, blond bombshell Ricki Blanton.

Ricki Blanton is portrayed by Ilana Becker. She’s best known for her roles on Odd Mom Odd (Danielle), and Gotham (Myrtle Jenkins), among others. Ilana most recently appeared on an episode of the new Amazon horror series Them.