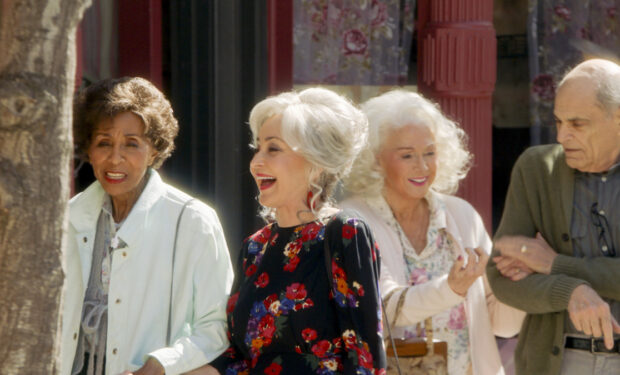 On the Young Sheldon episode “The Geezer Bus and a New Model for Education” Meemaw (Annie Potts) gets into a car accident with Sheldon in the car (Iain Armitage). The good news is: both are physically unharmed. The bad news is: Sheldon won’t get in a car and Meemaw is forced to take the church shuttle bus which she calls “The Geezer Bus.”

While shuttling around town on the bus, Meemaw befriends Doris, who is portrayed by 89-year-old actress Marla Gibbs. The TV legend Marla Gibbs is best known for her roles on The Jeffersons (Florence Johnston), 227 (Mary Jenkins), and Martin (Miss Minnie), among many others.