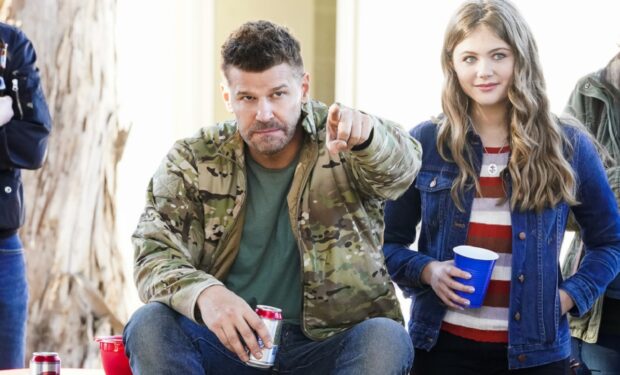 On the SEAL Team episode ‘Limits of Loyalty,’ Jason Hayes (David Boreanaz) is put on trial with a potential career-ending outcome, without knowing if his closest friend, Ray (Neil Brown Jr.), has his back.

As seen in the sneak peek video below, when Jason and his daughter Emma (Kerri Medders) meet with Jason’s JAG lawyer Lt. Commander Williams (Natasha Hall), he loses his temper.

When Emma presents an album of photos and testimonials from Jason’s co-workers in support of her father, Williams says: “Having a good sailor book of rave character reviews is just the thing we’ll need for leniency with the panel in case of sentencing.”

That sentence provokes Jason to slam the Lt. Commander’s desk and yell, “Sentencing?! Bad enough that the Navy thinks I’m guilty now I have the two of you convicting me.”

SEAL Team airs Wednesdays at 9 pm on CBS, right after Tough as Nails at 8 pm and right before S.W.A.T. at 10 pm.