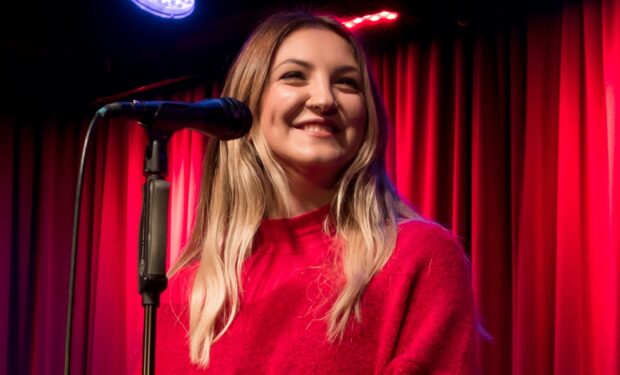 When Julia Michaels was asked why her new hit song “All Your Exes” which she co-wrote with her boyfriend JP Saxe is so relatable, she said, “I think a lot of people think it, but they don’t say it.” JP said his philosophy “you can be over someone without hating them” is probably “a little less common” than Julia’s. Julia says that philosophy is “bullshit.” She says so, three times.

Julia agrees that her philosophy might be “aggressive” but explains that it’s “rooted in the thought of you loving someone as deeply as you love me, and intimately as you love me, hurts me.” They both agree, a lot of people can relate to that.

Julia Michaels will perform on The Late Show with Stephen Colbert on Wednesday, April 28 at 11:35 pm on CBS.