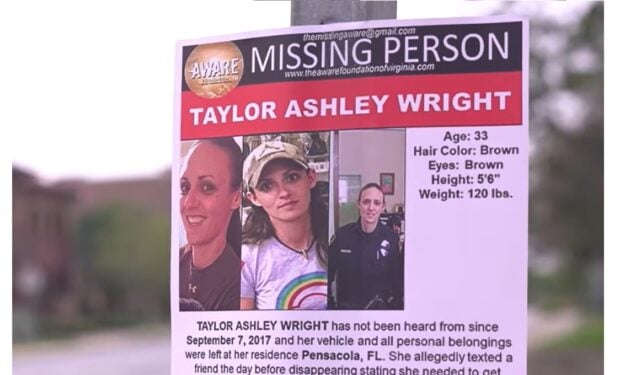 The Dateline episode ‘The Necklace’ investigates the 2017 disappearance and murder of Taylor Ashley Wright. The 33-year-old recently divorced Pensacola, Florida resident worked in law enforcement before becoming a private investigator. She was known to wear a necklace with a bullet on it (hence, the title of the episode).

The day Wright was last seen, she went out with a friend, former crime scene investigator Ashley McArthur. Previously, Wright (who was going through a divorce) had given McArthur $34,000 to hold for safe keeping. The day she was last seen, Wright asked McArthur for the money back but according to prosecutors, McArthur had already used the money.

Two years later, McArthur was convicted of first degree premeditated murder. Wright’s body (and her bullet necklace) were discovered buried on a farm McArthur frequented. (Wright had been shot in the back of the head). McArthur was found guilty and sentenced to life in prison.

After her sentencing, McArthur appealed and moved for a mistrial on the grounds of prejudice. McArthur argued the trial court erred in allowing a photo of her in the woods, in hunting gear, aiming a shotgun (not the murder weapon), to have been seen by the jury. The photo was seen “inadvertently” for “a second or two” during the prosecution’s examination of one of its witnesses.

In April 2021, the motion was denied, and McArthur was found guilty as charged.