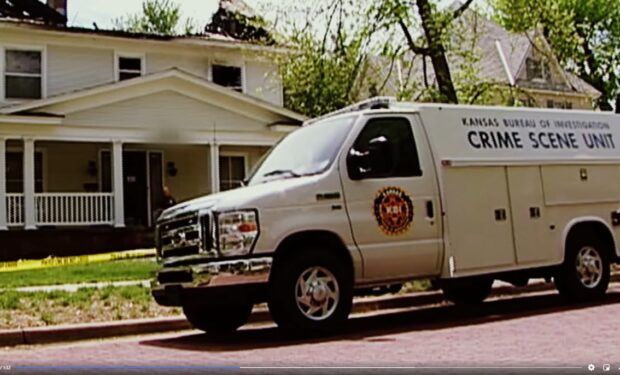 The Dateline episode ‘Burning Suspicion’ investigates the April 2011 murder of 34-year-old Vashti Seacat in the small town of Kingman, Kansas (population approximately 3000). Her husband, former Sedgwick County sheriff’s Deputy Brett Seacat, claimed that his wife set their house on fire and then killed herself. Brett got their two young children out of the house and into his wife’s car before calling 911.

One month later, police arrested Brett Seacat for first-degree murder, two counts of aggravated child endangerment, and aggravated arson. A jury found him guilty and he was sentenced to a life in prison.

At his sentencing, according to The Topeka Capital-Journal, Seacat went on a courtoom rant and accused Kingman County District Judge Larry Solomon of helping to convict him by hiding evidence that proves his innocence, and of seeking publicity. Seacat told the judge in the courtroom: “This is the kind of sentence you believe you will need for a Kansas Supreme Court nomination.”

Seacat also told Judge Solomon: “You are going to hell for what you have done in this case.” Seacat continues to maintain his innocence, and announced that when (the pre-mentioned) evidence is revealed, “I will be free.”

Two years into his sentence, Brett Seacat was transferred to a prison outside the state of Kansas because inmates who are former law enforcement officials are not housed along with criminals they might have sent to prison.