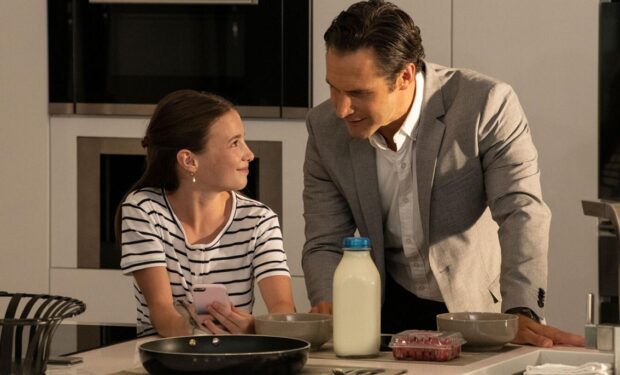 The protagonist of the Lifetime movie Daddy’s Perfect Little Girl is Henry (Matt Wells). Two yeas after his wife died, Henry continues to raise their 12-year-old daughter Sienna (Hattie Kragten), who they adopted when she was 9 years old. When Henry decides to date again, Sienna isn’t thrilled with his new girlfriend Cecily (Tracy Shreve) or her 14-year-old son Zander (Joshua Obra).

On top of that tween trauma, Sienna’s biological mother (who is also Henry’s cousin) is about to be released from her court-ordered psychiatric treatment and wants Sienna back. Sienna wants to stay with Henry and will go to great lengths to stay his “perfect little girl.”

When not in front of the camera, Hattie Kragten works as a voice-over artist and is recognized for providing the voice of the Peanuts character Sally on Apple TV’s The Snoopy Show and Snoopy in Space, among others.