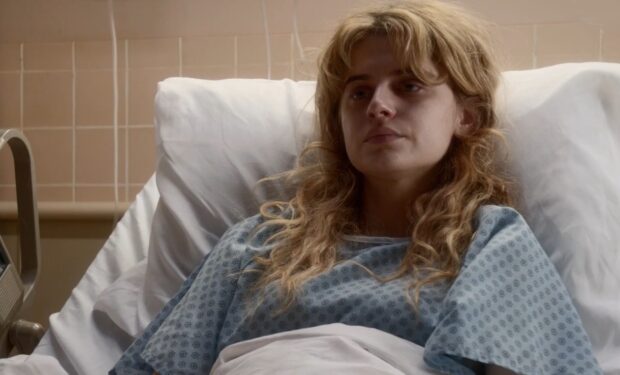 On the Bull episode ‘Law of the Jungle,’ Bull (Michael Weatherly) is hired by the Women’s Coalition of Manhattan to help Holly Kerrigan, a young woman determined to go against legal advice when she insists on pleading guilty to the murder of a wealthy philanthropist who preyed on her a teenager. When Bull first meets Holly, she’s not in jail but in a hospital following her suicide attempt. Holly Kerrigan is portrayed by Alexa Mareka.

The 23-year-old, 5’10” Wilhelmina model Alexa Mareka made her TV acting debut in a 2020 Blue Bloods episode, and her big screen debut in the 2021 thriller Superior. Her second film is Boogie (written and directed by Fresh off the Boat‘s Eddie Huang). See trailer below.

Bull airs Mondays at 10 pm on CBS, right after the court drama All Rise at 9 pm.