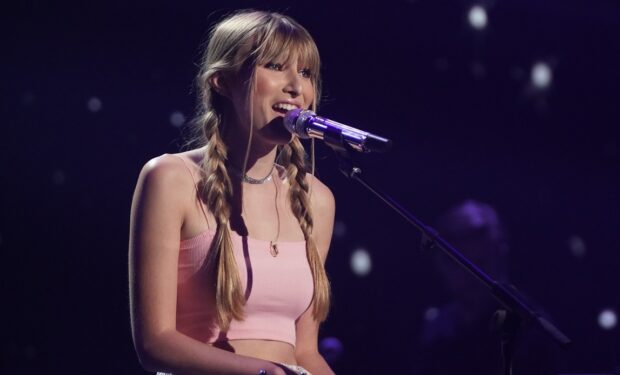 Teen singer/songwriter Ava August is one of the contenders to win this season’s American Idol competition. Judge Lionel Richie told her she has an “old soul sound that comes out very fresh.” Fellow judge Katy Perry concurred: “There’s something very special about you,” she told Ava.

When the 15-year-old high school student from Laguna Niguel, California reached out to her 40,000+ fans on Instagram, to remind them to vote for her, 14-year-old actor Maxwell Simkins (Nick in the new Disney series The Might Ducks Game Changers) replied with a series of fire emojis.