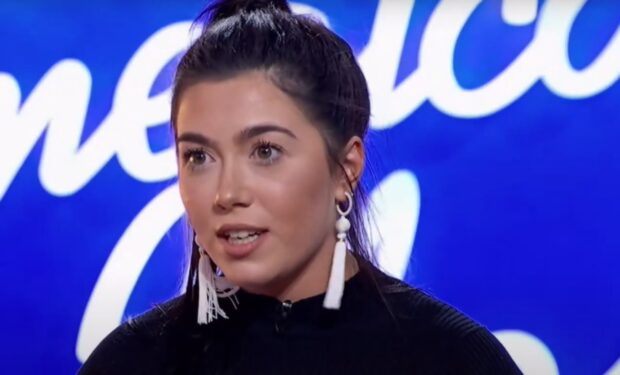 In an American Idol first, 10 finalists from last season will return to make their debut on the Idol stage, where they will sing for America’s vote. After a week-long vote, only one will will remain in the competition this season, rounding out the top 10. One of the ten is Faith Becnel. Her 2020 audition is below, to jog your memory.

The day before her 2021 Comeback performance, Faith shared the photo above. Wearing a sheer black blouse and shiny satiny pants, she confessed: “I’m sooooo nervous.”

American Idol airs Mondays at 8 pm on ABC, right before The Good Doctor at 10 pm.