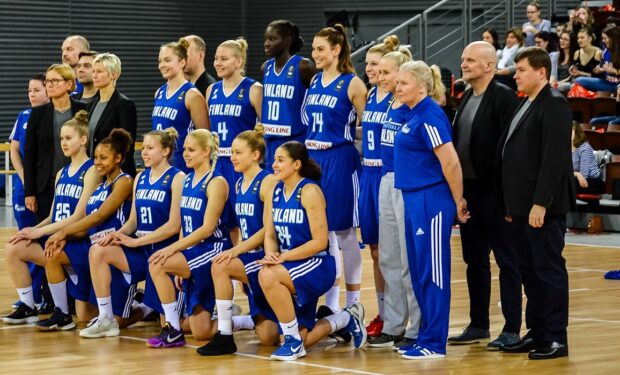 Awak Kuier is the 6’5” basketball player who plays with the Finnish national team. The 19-year-old was born in Egypt, is of South Sudanese origin and moved to Finland as a refugee with her family when she was 2. Awak is one of the top four prospects in the 2021 WNBA Draft with Americans Charli Collier (Texas), Aari MacDonald (Arizona) and Rennia Davis (Tennessee).

When not on the court, Awak is often in front of a camera and striking a pose. Above are professional modeling photos for Gloria Magazine.

Since sharing the photos, Awak has been proposed with more modeling opportunity with fashion brands including Pink Pineapple.

The WNBA Draft will broadcast live on Thursday, April 15 at 7 pm on ESPN.