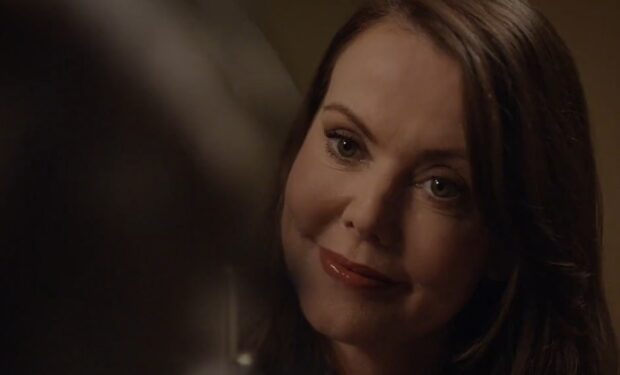 In the Lifetime movie Deadly Dating Game (originally titled Deadly Radio Romance) young and vibrant radio talk show host Shannon Baker (Skye Coyne) is good at her job. She talks about love and relationships and often has guests on her show, including author Natalie Parker.

Natalie Parker is portrayed by actress Britt Allen, who launched her acting career in 1998 on the Australian TV series Breakers (as a model).

Do you see the resemblance?! Must be those green eyes and high cheekbones! Watch more of Britt in her acting reel below.