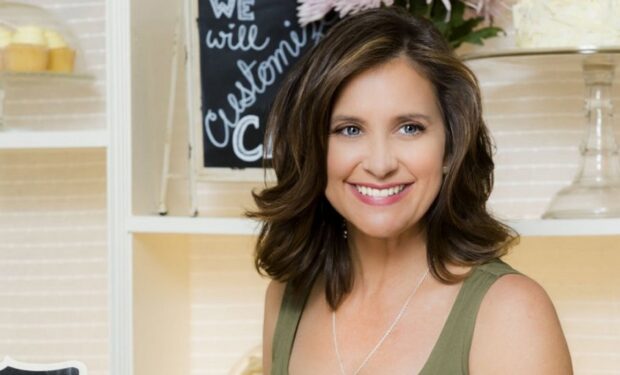 Kellie Martin in Hello It's Me (photo: Hallmark/Crown Media)

The protagonist of the Hallmark Channel movie Hello, It’s Me is widow and mother of two Annie (Kellie Martin). It’s been two years since her husband died and Annie hasn’t dated another man yet. When she meets James (Kavan Smith), she’s interested but won’t commit under she receives a sign from her late husband that lets her know it’s okay and she has his blessing.

Actress Kellie Martin is known for her roles on Hailey Dean Mystery (Hailey), The Guest Book (Officer Kimberly Leahy), Army Wives (Captain Nicole Galassini), ER (Dr. Lucy Knight), and Life Goes On (Becca, for which she was nominated for a Primetime Emmy Award), among many others.

Hello, It’s Me will air again on Hallmark Channel on Monday, March 8 at 7 pm.