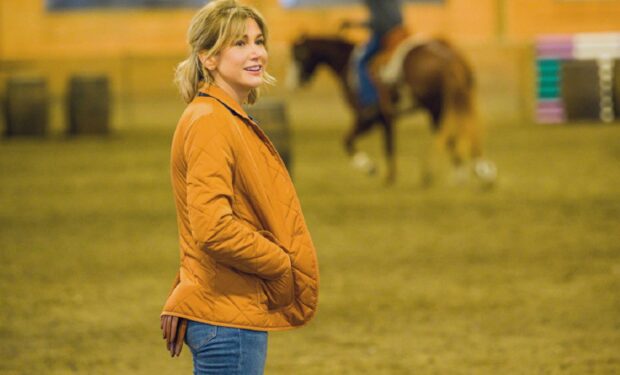 According to CBS, “Jess continues to struggle with moving forward in his love life,” but based on the episodic photos above and below, it looks like he’s doing okay. Baby steps, Jess!

Sarah Allen is portrayed by Jen Landon, daughter of the late great TV actor Michael Landon (Little House on the Prairie, Highway to Heaven, Bonanza). Jen recently starred on the series Yellowstone with Kevin Cosner as Teeter, another character who knows horses. See clip below.

FBI: Most Wanted airs Tuesdays at 10 pm on CBS, right after the original FBI series at 9 pm, and NCIS at 8 pm.