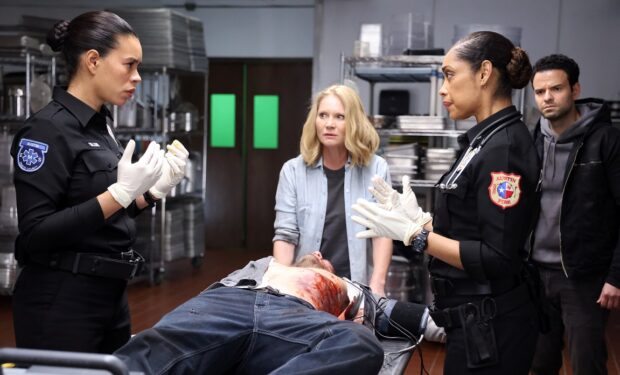 The plot of the winter season finale episode of 9-1-1: Lone Star, ‘Bad Call,’ is a dramatic one. A woman calls 911 and claims she’s lost in a parking lot and her water just broke. When first responders Nancy Gillian (Brianna Baker) and Tommy Vega (Gina Torres) find the woman, Amy, in the fetal position on the ground, they’re surprised to learn that she’s not pregnant or innocent. She’s armed and dangerous!