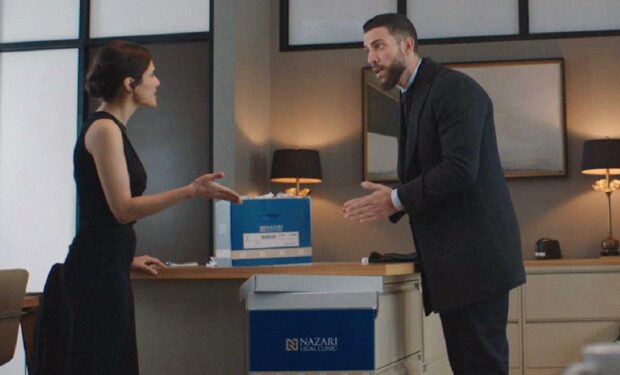 In the FBI episode ‘Walk the Line,’ on the job, Special Agent Omar “OA” Adom (Zeeko Zaki) presses a reluctant informant to spill the beans on his close friends who are under suspicion for detonating a bomb that left three people dead. But when he’s told to “start talking to people and taking photos,” the informant tells the agents to speak to his attorney. Turns out, the informant’s attorney is OA’s girlfriend Mona Nazari of Nazari Legal Clinic. Awkward!

Mona is portrayed by Yasmine Aker. The Dubai-born actress who was born (Simin Bagheri) to Iranian parents and later moved to Canada, is known for her appearances on CW’s The 100 (Dr. Peri Gordon), and Grey’s Anatomy (Sana), among others.

Yasmine is also a successful beauty pageant winner: she held the title of Miss World, Miss London 2006, and Miss World Canada Photogenic 2006. And she sings!

FBI airs Tuesdays at 9 pm on CBS, right after NCIS at 8 pm and right before FBI: Most Wanted at 10 pm.