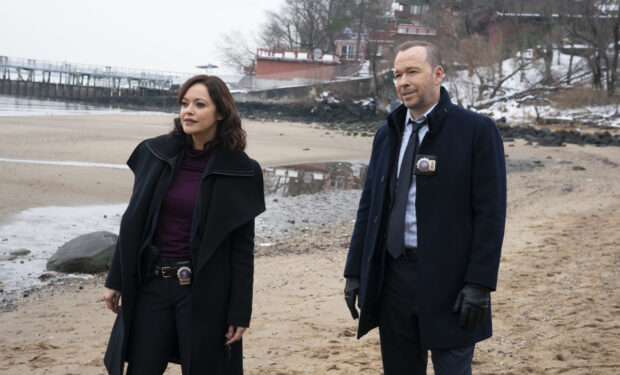 Fun fact: Annabella played a NYPD psychiatrist in a 2012 episode of Blue Bloods (see photo below).

Annabella Sciorra is best known for her roles in Hollywood films including The Hand That Rocks the Cradle (Claire) and Spike Lee’s Jungle Fever (Angie Tucci) with Wesley Snipes. She is also well recognized for her roles on TV including Law & Order: Criminal Intent (Carolyn Barek), and The Sopranos (Gloria Trillo), among others.