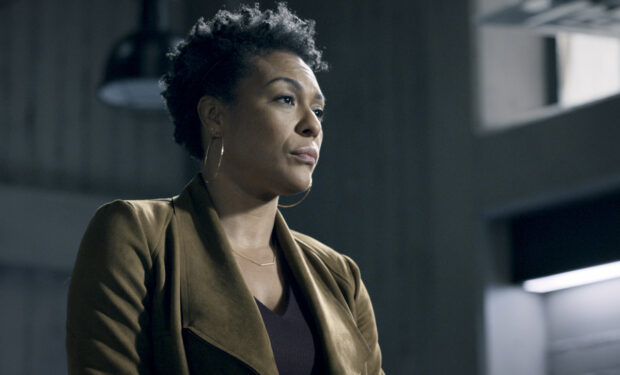 On the S.W.A.T. episode “U-Turn,” while the team races against the clock to save a group of international activists, Hondo (Shemar Moore) worries about his father, Daniel Harrleson, Sr. (Obba Babatund), who skips out on several family commitments.

Hondo and his sister Winnie Harrelson (guest star April Parker Jones) are concerned their father is planning to repeat history.

April Parker Jones is known for her roles on Supergirl (Colonel Lauren Haley), If Loving You Is Wrong (Natalie Henning — see clip below), The Last Ship (General Anita DuFine), The Fosters (Captain Roberts), Devious Maids (Det. Shaw), How to Get Away with Murder (Claire Bryce), and Jericho (Darcy), among many others, among others.

SEAL Team airs Wednesdays at 9 pm on CBS, right after Tough as Nails at 8 pm and right before S.W.A.T. at 10 pm.